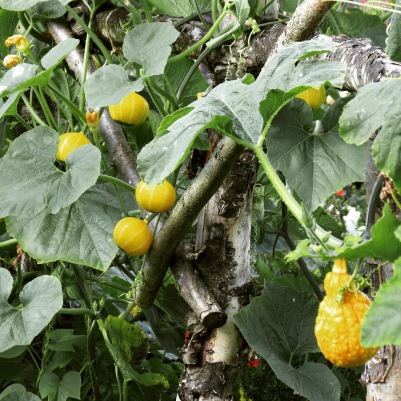 I have been a little reluctant to write about pumpkins/squash/zucchini/courgettes because pumpkins at least are not native to Great Britain, coming from North America. However I found these nice specimens in English gardens and coupled with that is the proximity to Halloween…So what did they do in Britain before pumpkins became popular? They used large beets, potatoes or turnips to make Jack o’Lanterns! Lanterns have been made for centuries. The original legend of Jack comes from Ireland and the lanterns, large pumpkins with candles or lights inside, are thought to ward off the devil.

See here for the full Jack o’Lantern legend. Tomorrow I will post a yummy Pumpkin recipe…