The River Thames is a one of England’s most significant rivers. It starts life at Thames Head, which is near Kemble, Gloucestershire and winds its way down through Oxford, Reading and London for a total of 210 miles. It is tidal until Teddington on the west side of London. There are 47 locks along its length, with Buscot Lock being the smallest. The River has a total of 104 bridges. The widest part is on the eastern end of the estuary at 18 miles, while one of the shortest is 60 feet at Lechlade. Despite Charles Dickens mentioning the River Thames at London in his novels as being full of stinking sludge, today many species of fish can be found in both the estuary and up as far as London. 25 species of fish are known to be in the non-tidal part of the River. Similarly to the canal system (see Wonderful Canals here for more info) you can rent a houseboat for a week or two and take in the complete river system, stopping at night along the way and enjoying the many facilities of the many river pubs and the pretty locks. Henley is a great stop: See my post Henley for more info on Henley too. So take a moment or a few days and explore the slow paced life of boating on the Thames. For those with only a day or hours to spare, a short river cruise will show you some of the wonderful sights of your destination. Photos are the River Thames at London, Oxford and Henley plus a bonus two more of Henley…

Fun Fact or Tip: The River Thames is the only river in Europe to have a national trail, The Thames Path, along its entire length…

More Thames info can be found on the Visit Thames website. 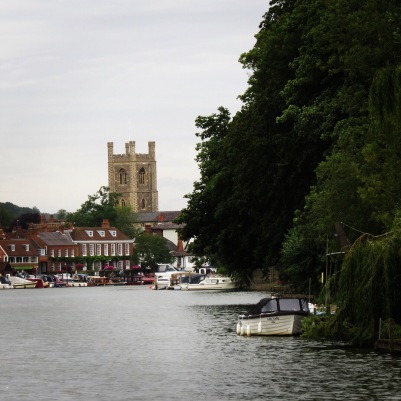